Aaron started his thirty-four year career in the IRS as the recipient of the IRS Scholarship for Accounting Majors in Pittsburgh in 1972. This scholarship enabled him to attend the University of Notre Dame and obtain a degree in accounting, while working for the IRS as a Revenue Agent Trainee. He converted to a full time Revenue Agent position in 1976 and built his experience base by working his way from auditing small businesses to heading up teams of Revenue Agents to audit Fortune 500 companies, before being selected for the IRS Management Program in 1982.   He passed the Uniform Examination for Certified Public Accountants (CPAs) in Pennsylvania in 1982.

Aaron served in senior management positions in Pittsburgh, Philadelphia, PA and Richmond, VA before crossing over from the Examination Division to the Appeals Division in 1998. He served as an Associate Chief of Appeals in Baltimore, MD, Washington, DC, and Pittsburgh, PA until his retirement in 2006. He has been living in Florida since January of 2007.

Since August of 2010, Aaron has served as a Discussion Leader at the NAEA National Tax Practice Institute (NTPI) in Las Vegas, Washington, DC and Orlando. Since the Orlando session of NTPI in 2013, he has been a classroom Instructor on the topics of the Collection Enforcement Process, Appealing Collection Enforcement Actions, Ethics, and Representation Techniques. Aaron regularly speaks on these topics to other seminars of tax professionals sponsored by the Florida Society of Enrolled Agents and their subsidiary chapters.

Aaron has represented the NAEA on the Relevant Radio Network by appearing on the nationally broadcast Drew Mariani show.  He has represented the NAEA on the Government Relations Committee and served on the NAEA Education Committee. In addition, he has appeared on the televised Tax Talk Today professional education program discussing Identity Theft and Appeals of Collection Enforcement actions.

In recognition of Aaron’s contributions toward the education and mentoring of other tax professionals over the last 10 years, NAEA bestowed the prestigious credential of NTPI Fellow on him in November of 2018.  This marked the first time in the 35-year history of the National Tax Practice Institute, that NAEA had ever recognized a professional with that credential as an honorary award. 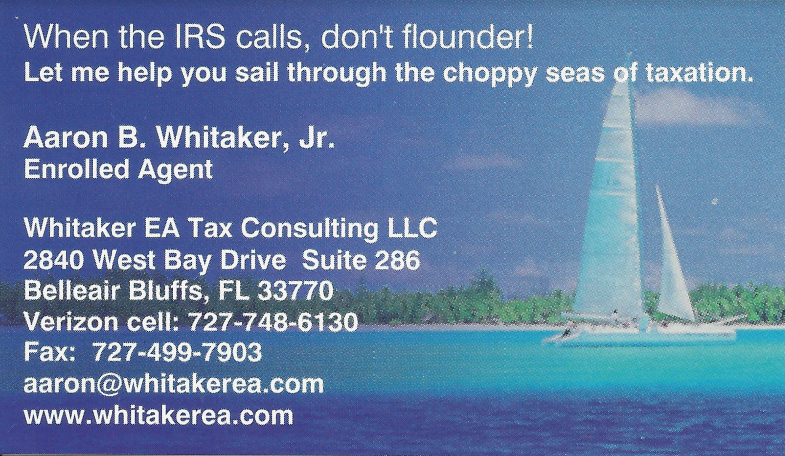